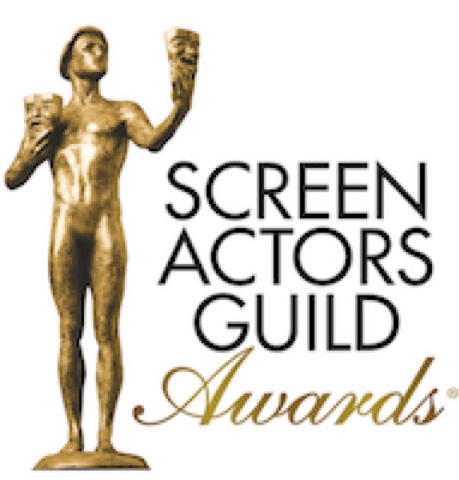 The 24th Annual Screen Actors Guild Awards® Ceremony Will Be January 21, 2018
TNT and TBS Will Live Simulcast the Sunday Event

The 23rd Annual SAG Awards were a ratings success
This year, TNT and TBS's telecasts of the SAG Awards drew more than 5 million viewers and scored tremendous audience growth compared to last year, including increases of +50% among adults 18-49, +45% among adults 18-34 and +33% among total viewers. Social media engagement also saw significant growth this year, with the number of SAG Awards-related posts increasing by +53% on Twitter and +68% on Facebook, compared to last year.

Nominating committees to be chosen on March 13
Of the top industry honors presented to actors, only the SAG Awards are selected entirely by performers' peers in SAG-AFTRA. Potential members of this year's separate film and television nominating committees – now grown to 2500 members each – will be randomly drawn on March 13, 2017, and are required to opt-in by April 14. SAG-AFTRA actor/performers, singers, dancers or stunt performers from around the country who have not served on the same nominating committee in the past eight years and who paid their November 2016 membership dues by Feb. 24, 2017, will be eligible.

The SAG Awards was the first televised awards show to acknowledge the work of union members and the first to present awards to motion picture casts and television ensembles.

Nominations voting closes Dec. 10
Nominations voting will close on Sunday, Dec. 10, 2017, at 5 p.m. PT. Nominations will be announced on Wednesday, Dec. 13th. Once nominees are selected, all active members of SAG-AFTRA may cast votes to determine who will receive the coveted Actor® statuettes for this year's outstanding performances. Last year's voting body numbered 121,546 SAG-AFTRA members.

Friday, Apr.14, 2017
Deadline for Selected Members to Opt-in to Serve on Nominating Committees

Friday, Dec. 1, 2017
Deadline for Paying November 2017 Dues and/or Changing Address with SAG-AFTRA to be Eligible for Final Balloting

Friday, Jan. 19, 2018
Final Votes Must be Cast Online or Ballots Received by the Elections Firm by 12 Noon PT

The 24th Annual Screen Actors Guild Awards® presented by SAG-AFTRA with Screen Actors Guild Awards, LLC will be produced by Avalon Harbor Entertainment. Inc. and will be simulcast live on TNT and TBS on Sunday, Jan. 21, 2018 at 8 p.m. (ET) / 5 p.m. (PT). For more information about the SAG Awards®, SAG-AFTRA, TNT and TBS, visit sagawards.org/about.