Posted by GenreOnline.net at 5:35 PM No comments: 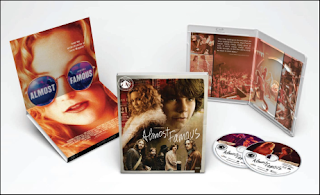 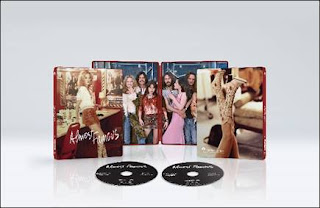 Arriving July 13, 2021, Releases Include Both the Theatrical and Bootleg Cuts Along with Extensive New Bonus Content

Academy Award® winner* Cameron Crowe’s deeply personal and universally entertaining coming-of-age film ALMOST FAMOUS turns 21 in style, arriving for the first time on 4K Ultra HD in a limited-edition Steelbook, as well as in a new limited-edition Blu-ray in the Paramount Presents line on July 13, 2021 from Paramount Home Entertainment.  In addition, UMe has compiled multiple iterations of the film’s Grammy® Award-winning soundtrack, including a limited-edition Uber Box set arriving July 9, 2021.

“We are extremely proud to revisit ALMOST FAMOUS with a very special bounty of goodness,” said Cameron Crowe.  “For the first time, we’ve created a Deluxe Soundtrack that features nearly every song from the film, along with Nancy Wilson’s wonderfully evocative score.  We’re also thrilled to finally preserve both versions of the film, along with a collection of rare new bonus features, on these beautiful new 4K and Blu-ray releases as part of Paramount Presents.  Long live physical media!”

About the 4K Ultra HD

Meticulously remastered from a new 4K film transfer under the supervision of Crowe, ALMOST FAMOUSis presented in stunning 4K Ultra HD with Dolby Vision® and HDR-10 for ultra-vivid picture quality.**  The limited-edition 4K Ultra HD Steelbook includes both the original theatrical cut (plus access to a digital copy) and the beloved Bootleg cut (aka “Untitled”), along with new bonus content offering a backstage pass into the creative process through a new interview with Crowe, extended scenes, rock-school sessions, a look at the casting and costumes, and more.  Previously released bonus content is also included as detailed below:

About the Limited-Edition Blu-ray

ALMOST FAMOUS will also be available in a limited-edition Blu-ray Disc™ and is—fittingly—Volume #21 in the Paramount Presents line.  With collectible packaging featuring a foldout image of the film’s theatrical poster and an interior spread with key movie moments, the release includes the remastered versions of the theatrical cut for the first time on Blu-ray (plus access to a digital copy) and the Bootleg cut, along with the bonus content listed above.

The Uber Box includes bonus items such as a 40-page photo book and memoir housed in a film-prop-replica of William Miller’s high-school notebook; the first-ever complete William Miller cover story on Stillwater as a 1973 Rolling Stone newsprint; two replica ticket stubs; and a Stillwater tour poster. Exclusively available only in the Uber Boxset is a Stillwater Cleveland concert poster and a backstage poster; six film-prop-replica backstage passes (some seen throughout the film); three film-prop-replica business cards for Dick Roswell (Stillwater road manager), Lester Bangs (Creem magazine), and Ben Fong-Torres (Rolling Stone magazine); and three photo prints of cast members. Along with the thirteen-disc Uber Deluxe box, Universal is issuing two six-LP editions—one on black vinyl, the other with colored vinyl discs; a five-CD Super Deluxe set including 102 tracks, 36 of them previously unreleased songs; a separate 12-inch vinyl EP with all 6 of Stillwater’s songs; a Record Store Day exclusive with the 7 original demos of the Stillwater songs, five performed by Wilson the other two by Frampton; a two-LP vinyl version of the original soundtrack album; a two-CD Deluxe Edition of the original soundtrack.

Posted by GenreOnline.net at 12:48 PM No comments: 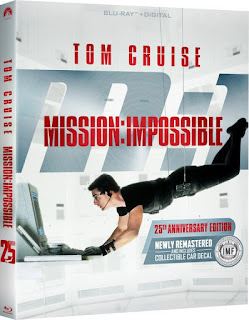 Today, Hulu announced that Gillian Anderson will be joining the cast of the second season of Emmy, SAG, Golden Globe and WGA-nominated series “The Great.” See below for announcement bullets and attached for a preferred headshot (photo credit: Richard Phibbs). Thank you!

Posted by GenreOnline.net at 11:38 AM No comments: 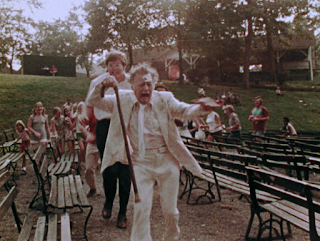 THE AMUSEMENT PARK WILL BE AVAILABLE
EXCLUSIVELY ON SHUDDER ON JUNE 8TH
On Shudder US, Shudder CA, Shudder UKI and Shudder ANZ
Synopsis
Recently discovered and restored 46 years after its completion by the George A. Romero Foundation and produced by Suzanne Desrocher-Romero, The Amusement Park stars Martin’s Lincoln Maazel as an elderly man who finds himself disoriented and increasingly isolated as the pains, tragedies and humiliations of aging in America are manifested through roller coasters and chaotic crowds. Commissioned by the Lutheran Society, the film is perhaps Romero’s wildest and most imaginative movie, an allegory about the nightmarish realities of growing older, and is an alluring snapshot of the filmmaker's early artistic capacity and style and would go on to inform his ensuing filmography. The “lost” film was restored in 4k by IndieCollect in New York City.
Runtime: 52 min
Language: English
Country: USA
Posted by GenreOnline.net at 12:34 PM No comments: 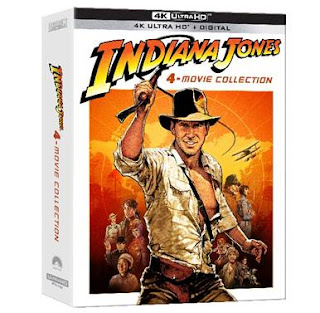 INDIANA JONES AND THE KINGDOM OF THE CRYSTAL SKULL | Official Trailer
https://youtu.be/kTJy1rFBtVw

INDIANA JONES AND THE RAIDERS OF THE LOST ARK | Official Trailer
https://youtu.be/0xQSIdSRlAk

INDIANA JONES AND THE TEMPLE OF DOOM | Official Trailer
https://youtu.be/WBdyLyijZhU

In addition, all four films were remixed at Skywalker Sound under the supervision of legendary sound designer Ben Burtt to create the Dolby Atmos® soundtracks.  All original sound elements were used to achieve the fully immersive Dolby Atmos® mixes while staying true to each film’s original creative intent.

HAMLET/HORATIO Frames the Story of Shakespeare's Tragic Prince Through His Best Friend, on VOD June 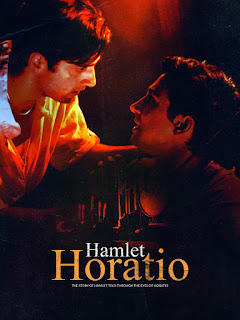 Posted by GenreOnline.net at 7:42 AM No comments: 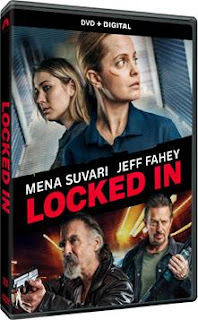 action-thriller that keeps you guessing until the very end. After a diamond heist takes a fatal turn, a pair of thieves must entrust their fortune with an accomplice at a high-tech storage facility while they lay low. Hiding the goods within the labyrinth of storage units, the thieves’ inside man pays the ultimate price when he turns against them. Now, hellbent on recovering the missing stones, they seize the facility and kidnap surviving employee Maggie (Suvari), threatening her family unless she helps them. Locked in with nowhere to run, Maggie's only chance to escape alive is to fight back and stay one step ahead of her captors in a deadly game of cat and mouse.

The Paramount+ Original Series Beams Onto Shelves with Over 2 Hours of Special Features, Including Cast and Crew Interviews, Deleted Scenes and Gag Reel

HOLLYWOOD, Calif. (May 10, 2021) – “A refreshing throwback to classic Trek” (Decider), STAR TREK: DISCOVERY™: SEASON THREE arrives on Blu-ray, DVD and Limited Edition Blu-Ray Steelbook on July 20 from CBS Home Entertainment and Paramount Home Entertainment. “Certified Fresh” on Rotten Tomatoes with a critics’ score of 91%*, STAR TREK: DISCOVERY™: SEASON THREE is the highest rated Discovery season yet. Fans can enjoy all 13 episodes from the Paramount+ original series with the four-disc collection, packed with over 2 hours of special features, including producer interviews, writer’s log and behind-the-scenes moments.

Seasons one and two of STAR TREK: DISCOVERY™ are currently available on Blu-ray and DVD, and available to stream now on Paramount+. The series is distributed concurrently by ViacomCBS Global Distribution Group on Netflix in 188 countries and in Canada on Bell Media’s CTV Sci-Fi Channel and OTT service Crave, and produced by CBS Television Studios in association with Secret Hideout and Roddenberry Entertainment.

Posted by GenreOnline.net at 11:57 AM No comments: