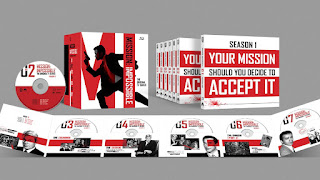 Relive every thrilling adventure of the American spies of I.M.F. (Impossible Missions Force) when MISSION IMPOSSIBLE: THE ORIGINAL TV SERIES arrives on Blu-rayTM for the first time. Starring Golden Globe® and Emmy Award® winner Peter Graves, the 46-disc collection includes all seven seasons and 171 action-packed episodes of the iconic spy series in a collectible Blu-ray set.

Posted by GenreOnline.net at 9:05 PM