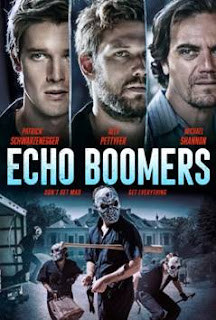 Synopsis:                       Two-time Academy Award® nominee Michael Shannon (Knives Out) stars in this gripping crime-thriller with pulse-pounding twists and turns. Recent college graduate Lance Zutterland (Patrick Schwarzenegger) leaves school in debt, realizing everything he had worked towards was built on a lie. When he is pulled into a criminal operation, he finds his peers fighting the system by stealing from the rich and giving to…themselves. With nothing to lose, they leave behind a trail of destruction but with the cops closing in, tensions mount and Lance soon discovers he is in over his head with no way out.