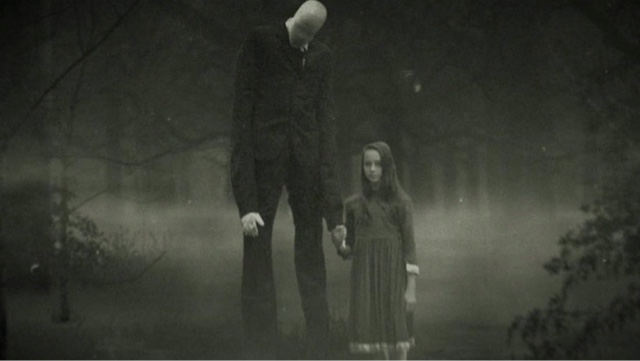 Beware the Slenderman
USA / Dir: Irene Taylor Brodsky
On May 31, 2014, two girls in Wisconsin committed an irredeemable act at the behest of an eerie Internet entity. A doc in which fiction not only surpasses reality but contaminates it in a horrifying way. Using testimonials and archival footage, it also questions the complex relationship that exists today between youth and social media. If the Slender Man doesn’t exist, he certainly haunts our spirit. Screening will be hosted by director Irene Taylor Brodsky. Official Selection: SXSW 2016, Hot Docs 2016. Quebec Premiere.

The Dwarvenaut
USA / Dir: Josh Bishop
A portrait of the challenges and triumphs of artist, entrepreneur, off-the-cuff philosopher and supremely devoted D&D aficionado Stefan Pokorny, mastermind of Dwarven Forge gaming miniatures. Bishop’s doc is a robust and immensely inspiring tribute to talent, purpose, and dreams made real — an enchanted, and enchanting, tale for the ages. Pokorny and Bishop will be hosting our screening.  Official Selection: SXSW 2016, Calgary Underground Film Festival 2016. Quebec Premiere.

The Show of Shows
Iceland-UK / Dir: Benedikt Erlingsson
Step right up, ladies and gentlemen, it’s perfectly okay to stare. Prepare to embark on a spectacular non-narrative journey through a century of lost circus and vaudeville arts, set to a bedazzling score by members of Sigur Rós and an Icelandic choir. A dreamy, beautiful, eerie poem of a film. Official Selection: Sheffield Documentary Film Festival 2015, Göteborg International Film Festival 2016. Canadian Premiere.

Tower
USA / Dir: Keith Maitland
On Aug 1, 1966, Austin’s University of Texas campus abruptly became a place of horror when Charles Whitman opened fire from a clock tower. A hyper-cinematic oral history of sorts, set to an inspired combination of artfully animated recreations, newsreel footage, photographs and rotoscoped depictions of the speakers themselves, using these devices to brilliant effect, telling the story in near real-time. Winner: Best Documentary Feature, SXSW 2016. Fantasia’s screening on August 1stwill be followed by a panel discussion organized by Meaghan Hennegan, survivor of the 2006 Dawson College Shooting, featuring speakers from Polytechnique, Dawson College and CTV News, with more participants to be announced shortly.


Previously announced Documentaries from the Edge titles: CREATURE DESIGNERS: THE FRANKENSTEIN COMPLEX and FOR THE LOVE OF SPOCK.

FANTASIA’S ACTION! SECTION EXPLODES THE REMAINDER OF ITS 2016 LINEUP
Following the earlier announcements of the World Premiere of KICKBOXER VENGEANCE and North American Premieres of SKIPTRACE, BLOOD FATHER, ANTIGANG, and TORO, among others, Fantasia’s Action! section has three more hard-hitting punches to land. 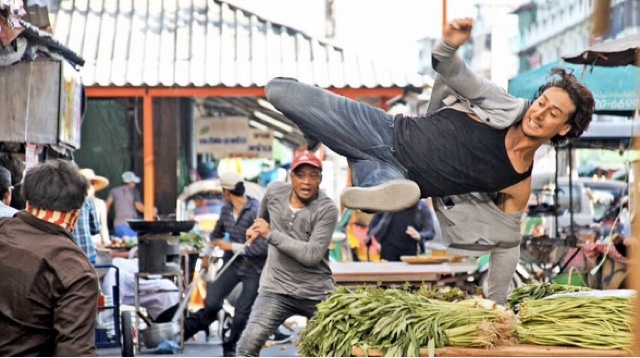 Baaghi
India  /  Dir: Sabbir Khan
Ronny has mastered the art of fighting, a skill he'll need when he races to the rescue of a kidnapped flame in Thailand. Tiger Shroff's intense performance shows promise of major martial-arts stardom ahead. BAAGHI is a non-stop action feast that will keep you on the edge of your seat for its whole duration. Quebec Premiere.

Kill Zone 2
Hong Kong-China / Dir.:Soi Cheang
Thai prison guard Chai must keep Kit, an undercover Hong Kong cop, alive at any cost. An action extravaganza with some truly astounding scenes — including a prison riot that will have you on the edge of your seat! Official Selection : Toronto International Film Festival 2015.

AXIS 2016: ANIME THEN AND NOW, LONE-WOLF ANIMATORS
As its twentieth anniversary arrives, Fantasia can’t forget how essential Japanese anime has been in our programming over the past two decades, and this year we’re screening both a new, state-of-the-art anime feature (HARMONY) and an early cornerstone of Japanese animation history (MOMOTARO, SACRED SAILORS).

The 2016 Axis section also showcases BATTLEDREAM CHRONICLE from Martinique and NOVA SEED from Canada, two superior examples of something we can expect more of in the years to come: full feature films crafted by a single animator on a negligible budget. The quality, creativity, and charm these labours of love exude should give big studios pause… and remind fans of the medium what they love about it in the first place.

Harmony
Japan / Dirs.: Takashi Nakamura, Michael Arias
Tuan has fled to the ends of the Earth, the edge of human civilization drastically reduced by cataclysm - and since supremely elevated by nanotech miracles. A new key work in Japanese animation from the innovative Studio 4°C, part of the Project Itoh anime trilogy. Quebec Premiere.

Battledream Chronicle
Martinique / Dir.: Alain Bidard
Syanna must confront the fiercest fighters of Mortemonde, to kill the masters inside them - and the slave inside herself. Martinique’s first animated feature, a digital anime adventure on par with Japan's best, but proudly Caribbean at heart (and it’s all the work of a single filmmaker).

The Arbalest
USA / Dir: Adam Pinney
The reclusive and eccentric inventor behind the Kalt Cube – the world’s most popular toy! – is opening up after a 10-year vow of silence, ready to unveil a new invention. A quirky, edge-of-your-seat character study, unfolding as the confessional of a Steve Jobs-esque inventor, THE ARBALEST is a rare thing: a vision at once fresh, hilarious, and chilling in its pitch-perfect timeliness. Winner of the Grand Jury Prize at SXSW 2016.

Five
France / Dir: Igor Gotesman
Selling drugs isn’t for everybody, and when things turn sour, Samuel (Pierre Niney) has no choice but to turn to those who always had his back: his friends! A funny yet humanist film about friendship. North American Premiere.

Kiyamachi Daruma
Japan /  Dir: Hideo Sakaki
Katsuura was once at the top, boss of a Kyoto yakuza clan. Now, he’s at the very bottom, literally crawling on the floor as a limbless debt collector. One of the bleakest, most unrelenting gangster films which is playing against type at every level possible. Official Selection: New York Asian Film Festival 2016. Canadian Premiere.

Lace Crater
USA / Dir: Harrison Atkins
A disarming film about messy relationships and the shame of owning up to one’s sexuality... especially when ghosts and STDs are involved! Exploring a generation’s drive for romantic connection by way of the supernatural, LACE CRATER blends the improvisational and comedic approaches of erstwhile mumblecore cinema, with the unsettling metaphors that a genre framework can bring to life. Official Selection: Toronto International Film Festival 2015, Imagine Film Festival 2016. Quebec Premiere.

Outlaws and Angels
USA / Dir: JT Mollner
Desperate bank robbers with a bounty hunter on their trail hide out at an isolated farm. A gloomy, violent concoction emphasizing the gritty, depraved, and brutal side of the Wild West, tipping its hat to the classics. Francesca Eastwood, daughter of the legendary silver-screen cowboy, delivers a twisted yet solid performance that is sure to make her famous father proud. Official Selection : Sundance 2016. Canadian Premiere.

Psycho Raman
India / Dir: Anurag Kashyap
Raman, a serial killer in Mumbai, sees his alter ego in the crooked cop pursuing him. A genuine time bomb that can suddenly blow up in your face at any time, capturing the social pressures gnawing away at Indian society.  From the visionary director of GANGS OF WASSEYPUR and UGLY. Fantasia will be showing the Cannes cut, as opposed to the version that recently opened in theatrical release. Official Selection, Cannes Director's Fortnight 2016.


The Fantasia International Film Festival takes place in Montreal from July 14 through August 2, 2016, once again returning to the SGWU Alumni Auditorium at Concordia University.
Posted by GenreOnline.net at 4:41 PM