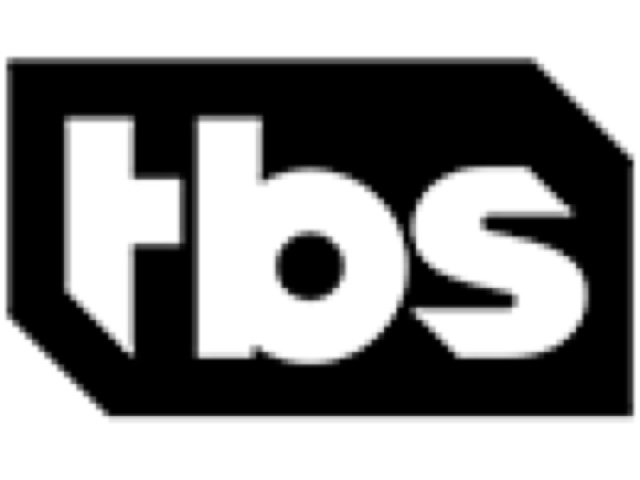 TBS's stable of original comedies is about to expand. The top-rated Turner network has greenlit two new series and ordered another to pilot. Getting straight-to-series orders are The Guest Book, a scripted comedy created by Emmy Award winner Greg Garcia (My Name is Earl, Raising Hope), and produced by CBS Television Studios, and Tarantula, from creator Carson Mell (Silicon Valley) and Rough House Pictures, the network's first original primetime animated series under the new TBS brand. Both series are slated to launch in 2017. TBS has also ordered a pilot for World's End, a scripted comedy from Electus, writer/executive producer Jonathan Ames (Bored to Death) and executive producer Ben Silverman (Jane the Virgin), with Hamish Linklater (The Big Short) and Wanda Sykes (Black-ish) set to star.

In other programming news, TBS has set Halloween night, Monday, Oct. 31, at 9 p.m. (ET/PT), for the premiere of its other-worldly ensemble comedy People of Earth, starring Wyatt Cenac (The Daily Show). TBS also has a unique launch plan in store for the new series Search Party. In order to capitalize on the Thanksgiving week with a captive young audience, TBS will air the entire first season of Search Party during the holiday (Nov. 21-25), with two episodes each night from 11 p.m. to midnight (ET/PT). To build interest even further, TBS will encore the first season during the weeks of Christmas and New Year's, while also making all 10 episodes available on demand the night of premiere to encourage binge viewing.

Today's announcements mark the latest phase in TBS's programming and brand evolution, which began in January with the premiere of Angie Tribeca and continued with the debuts of Full Frontal with Samantha Bee in February, The Detour in April and Wrecked in June. As a result, TBS now claims four of cable's Top 10 new comedies for the year-to-date, with Wrecked and The Detourtopping the list.

"Our new projects, from some of the best creators and producers in the industry, will fit perfectly with the new direction we've been taking the TBS brand," said Brett Weitz, executive vice president of programming for TBS. "Each show brings something fresh and unique to the comedy genre, from the unforgettable characters that Greg has created in The Guest Book to the wild, animated absurdities of Carson’s Tarantula. We also can't wait to see how the envelope-pushing audacity of our World's End pilot plays out on screen."

The following is a rundown of the three new projects joining TBS's production and development slate:

For several years, Greg Garcia (My Name is Earl, Raising Hope) has been writing fictitious stories in the guest books of various rental cabins in an effort to freak out the next renters. He has always dreamed of having these stories come to life on screen, and now they will in the new TBS original comedy series The Guest Book.

Garcia brings his quirky, signature single-camera comedy to this anthology series centering on a small town vacation home and its visitors. While the house and cast of characters living in this small mountain town remain the same, each episode will feature a different set of guests renting the house. TBS has ordered 10 episodes of The Guest Book, all of which are being written by Garcia.

The Guestbook is a co-production of CBS Television Studios and Turner's Studio T, the in-house studio that produces and owns original content airing on TBS and TNT. Garcia serves as executive producer on the series, which is slated to launch on TBS in 2017.

Marking its first original primetime animated series under the network's new brand, TBS has greenlit Tarantula, a half-hour comedy about the residents of the Tierra Chula Resident Hotel (aka "The Tarantula"). The series centers on Echo Johnson, a respected but uncertified tattoo artist who delivers absurd yet introspective monologues. Echo's poetic ramblings spin tales of misadventures with the other residents, as they partake in party crashing, dumpster diving and other socially dubious acts of mischief.

World's End follows Henry Mueller (Linklater), a charismatic high school English teacher who has a breakdown and is committed to a mental institution. There, under the watchful eye of Louise Baldwin (Sykes), he begins to feel "sane." Henry starts to question the system and the methods used to contain the inmates, ultimately becoming the leader of an inmate revolt. It's a dark comedy about an asylum that operates like a family, and as in all families, the question of who is sane and who is not is open for discussion.

World's End is based on an original Sagafilm television format. The pilot is a co-production of Electus and Turner's Studio T and is being executive-produced by Ames, Ben Silverman (Jane the Virgin), Stephanie Davis (Bored to Death) and Sean Canino (Jane the Virgin), along with Alan Poul (The Newsroom), who will also direct.

TBS, a division of Turner, is basic cable's #1 network with young adults and home to a growing slate of bold, original comedy series, including four of the year's Top 10 new comedies on cable: Wrecked (#1), The Detour (#2), Full Frontal with Samantha Bee and Angie Tribeca. Upcoming comedies include Search Party and People of Earth. The network also presents exciting competition series, such as Separation Anxiety, and late-night comedy in the form of CONAN, starring Conan O'Brien, and Full Frontal with Samantha Bee. In addition, the TBS lineup includes popular comedy hits like Family Guy, The Big Bang Theory and 2 Broke Girls; blockbuster movies; and live coverage of Major League Baseball's regular and post-season play, the NCAA Division I Men's Basketball Championship and the brand new eSports gaming league. TBS is available across multiple platforms in more than 93 million U.S. households.