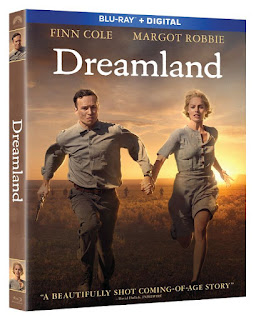 SYNOPSIS | Two-time Academy Award® nominee* Margot Robbie (I, Tonya; Once Upon a Time in Hollywood) produces and stars alongside Finn Cole (“Peaky Blinders”) in director Miles Joris-Peyrafitte’s mesmerizing love story set amidst America’s struggle during the Great Depression.  Eugene Evans (Cole) dreams of escaping his small Texas town when he discovers a wounded, fugitive bank robber (Robbie). Torn between claiming the bounty for her capture and his growing attraction to the seductive criminal, Eugene must make a decision that will forever affect the lives of everyone he’s ever loved. Travis Fimmel (Warcraft), Kerry Condon (Avengers: Infinity War), Darby Camp (“Big Little Lies”) and Lola Kirke (American Made) also star in this “beautifully shot coming-of-age story” (David Ehrlich, Indiewire).

Rating | R for some violence, language and sexuality/nudity