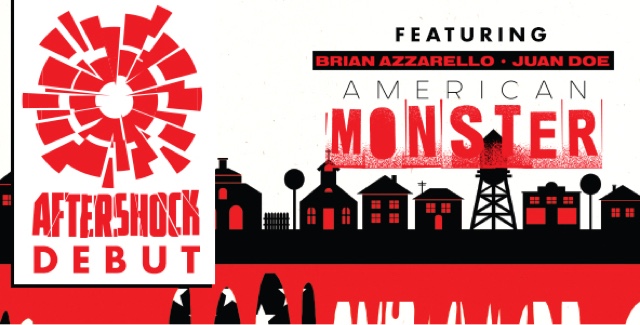 “Since our official launch less than a year ago, AfterShock has experienced incredible traction and acclaim through our inaugural titles from some of the industry’s most celebrated creators,” said Mike Marts, AfterShock’s Editor-in-Chief. “We’re extremely proud of our growing content library and excited to offer AfterShock’s current and future titles to a much wider audience through this partnership with comiXology and Kindle.”

Today’s digital debut of AfterShock Comics on comiXology and the Kindle Store sees all the following titles available, with the addition of Strayer #1 on January 27th:

About AfterShock Comics
Launched in April 2015, AfterShock Comics is a comic book company that combines the creative edge of an independent comic book publisher with the strengths and experience of a traditional powerhouse.  In addition to Editor-in-Chief Mike Marts, formerly executive editor at both Marvel and D.C., AfterShock’s executive team includes: Publisher Joe Pruett; CEO Jon Kramer, an entertainment entrepreneur with extensive worldwide production and distribution experience; President Lee Kramer, a film/TV production and development executive who has worked with some of the biggest names in Hollywood; and Senior VP of Investor Relations Jawad Qureshi, an experienced Silicon Valley entrepreneur and investor

Posted by GenreOnline.net at 9:53 AM