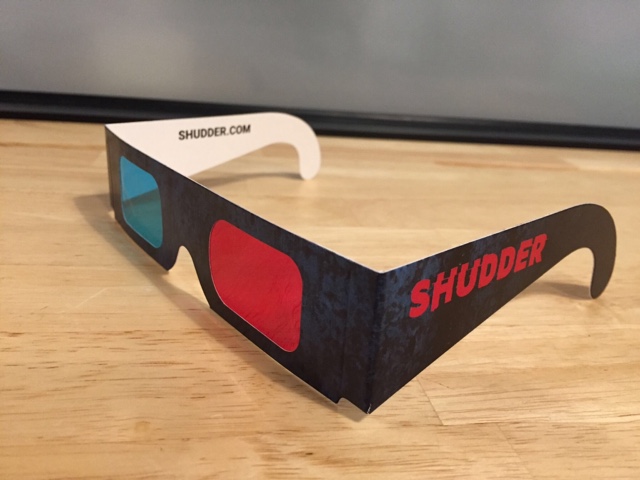 In FOUND FOOTAGE 3D (trailer), a group of filmmakers traveling to a remote cabin in Central Texas find themselves in a real-life horror film as the evil entity from their first-ever 3D movie begins to show up in behind-the-scenes footage.

In anticipation of the 10/26 premiere,today marks the launch of Shudder’s free 3D glasses promotion.

●      Participants can visithttps://try.shudder.com/foundfootage/ to enter

●      The film will premiere in anaglyph 3D and 3DTV versions on the 26th, and Shudder will also post instructions on how to make your own 3D glasses,? so all viewers can enjoy 3D from the comfort of their home