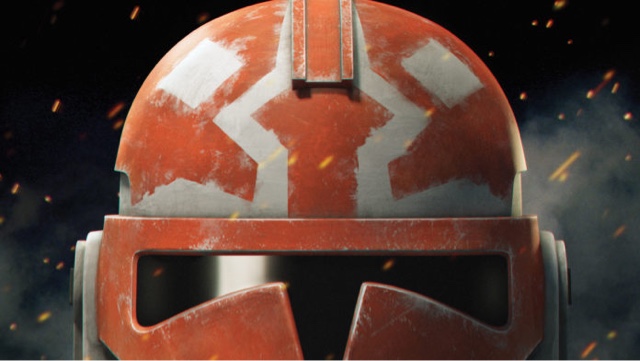 Please note that the information I have published below was not written by me and I have no copyright or ownership of this whatsoever. The is the property of Disney and Lucasfilm. The author is Dan Brooks. Thank you.

Just announced by Dave Filoni at San Diego Comic-Con during a 10th anniversary celebration of the beloved animated series, Star Wars: The Clone Wars will be returning with 12 all-new episodes on Disney’s direct-to-consumer streaming service. Created by George Lucas, the show first aired in 2008 and became an entry point into Star Wars for an entire generation, following fan-favorites like Anakin Skywalker, Obi-Wan Kenobi, and Padmé Amidala, while introducing major new characters like Jedi Padawan Ahsoka Tano and Captain Rex. Its stories were complex, its heroes and villains were perfectly imperfect, and its look was captivatingly beautiful. It became a multi-Emmy winner and is now regarded as essential Star Wars.

But it was never finished. The Clone Warsended after five broadcast seasons — just as Ahsoka left the Jedi Order. A few post-Season Five episodes were later released as “The Lost Missions,” but the story wasn’t over. Fans have clamored for Disney and Lucasfilm to finish what was started ever since. And now it’s actually happening.

StarWars.com recently caught up with Filoni, supervising director and shepherd of the series, to discuss the shocking return of The Clone Wars. You can also check out the trailer above, which debuted at the panel, and a striking new poster below.

StarWars.com: Did you ever think this would be possible? That we’d get here?

StarWars.com: What can you say about the fans’ enthusiasm over the years and, really, their role in making this happen?

Dave Filoni: Well, thankfully, their enthusiasm is relentless. Their love of these characters and stories hasn’t diminished. I actually think their voice has gotten louder as the years have gone by. It’s been very humbling to have their support and to have people continue to hashtag me, “#SaveTheCloneWars.”

StarWars.com: To you personally, what does it mean to get to finish it?

Dave Filoni: Personally, it’s very rewarding. Any opportunity to put the final pieces of the story in place is meaningful as a storyteller. I’m happy for the opportunity to define these things and the end of this part of the Clone War. It also makes me reflect on all the people that I got to work with over the years. It reinforces the things I learned from George. It reminds me of the important elements that go into making Star Wars. So, it’s nice on several levels, and I think for the crew that’s still here that worked on Clone Wars, they feel that, as well.

StarWars.com: What do you think it is, 10 years later now, that made this show resonate so much with people, and made it stick with them, and gave it the strength to come back?

Dave Filoni: I think the variety of stories was a big part of it. You also can’t underestimate how important it was that so many people grew up with the show. Clone Wars was a piece of Star Wars that older fans might have, initially, not taken seriously because it was animated, but that wasn’t a barrier for kids. They loved the clones and identified with them. Ahsoka gave kids a character that was like them — someone their age that was experiencing life’s challenges and learning along the way. Plus, having a new episode each week really allowed us to explore what was going on with the new and legacy characters in a dynamic way, including Anakin and Obi-Wan. I think the stories left an indelible impression and, of course, George knew it would. He always knew.

Dan Brooks is Lucasfilm’s senior content strategist of online, the editor of StarWars.com, and a writer. He loves Star Wars, ELO, and the New York Rangers, Jets, and Yankees. Follow him on Twitter @dan_brooks where he rants about all these things.