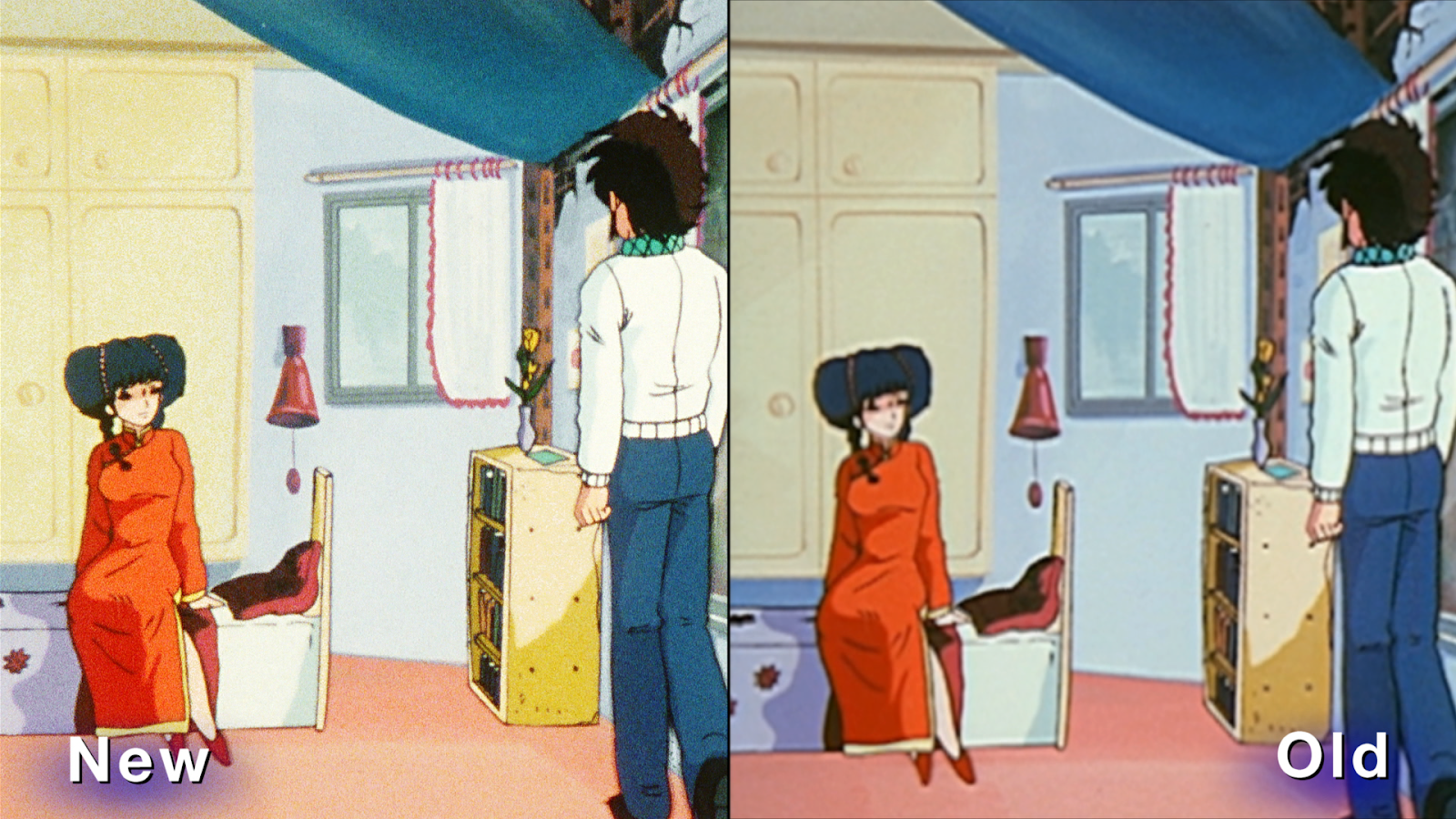 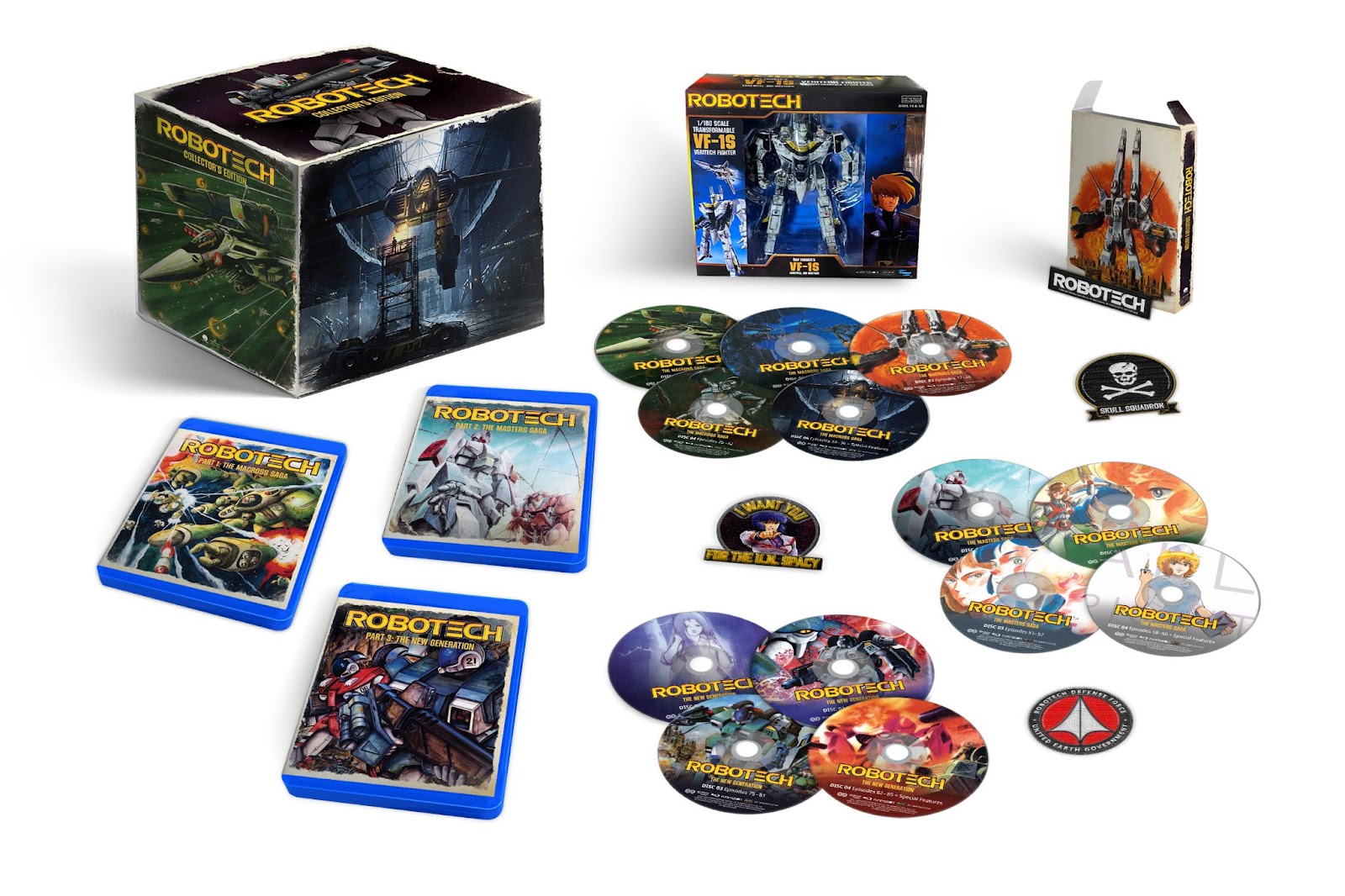 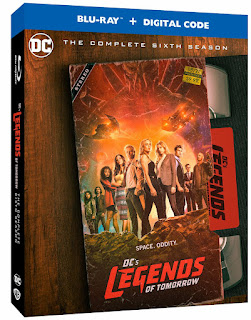 Space.  Oddity.
DC’s Legends of Tomorrow:
The Complete Sixth Season
Time Jump to November 9, 2021
To Own the Blu-Ray™ and DVD
BURBANK, CA (August 17, 2021) – Your favorite Super Heroes are back, and this time, they’re out of this world! The fate of the universe is in their hands as Warner Bros. Home Entertainment releases DC’s Legends of Tomorrow: The Complete Sixth Season on Blu-ray and DVD on November 9, 2021. Buckle up for a wild ride with all 15 rollicking one-hour episodes from the sixth season, plus enjoy the epic extra content including several featurettes, deleted scenes and a gag reel. DC’s Legends of Tomorrow: The Complete Sixth Season is priced to own at $24.98 SRP for the DVD ($29.98 in Canada) and $29.98 SRP for the Blu-ray ($39.99 in Canada), which includes a Digital Copy (U.S. Only). DC’s Legends of Tomorrow: The Complete Sixth Season is also available to own on Digital via purchase from digital retailers.
Having spent last season trying to track down the Loom of Fate, the Legends must now save history from a foe like none they’ve encountered in the past or future. The timeship Waverider’s crew have dealt with monsters, time anomalies, and most recently, villains from Hell, but this season they will face something even more challenging and bizarre ... space aliens!
With Blu-ray’s unsurpassed picture and sound, DC’s Legends of Tomorrow: The Complete Sixth Season Blu-ray release will include 1080p Full HD Video with DTS-HD Master Audio for English 5.1. Featuring all 15 episodes from the sixth season in high definition, as well as a digital code of the season (available in the U.S. only).
Joined by new cast member Lisseth Chavez (Chicago P.D.), DC's Legends of Tomorrow stars Caity Lotz (Arrow, Mad Men), Tala Ashe (Smash, The Carrie Diaries), Jes Macallan (Mistresses, Shameless), Olivia Swann (Doctors), Adam Tsekhman (The Twilight Zone), Shayan Sobhian (Killer Caregiver) and Amy Louise Pemberton (Arrow, Suspense), with Nick Zano (What I Like About You), Dominic Purcell (Prison Break, The Flash), and Matt Ryan (Constantine) returning as their characters from previous seasons. Based on the DC characters, DC's Legends of Tomorrow is produced by Berlanti Productions in association with Warner Bros. Television, with executive producers Greg Berlanti (Batwoman, The Flash, Supergirl, Black Lightning, Riverdale), Phil Klemmer (Chuck, Political Animals), Keto Shimizu (Arrow), Grainne Godfree (The Flash, Arrow) and Sarah Schechter (Arrow, The Flash, Supergirl, Black Lightning, Riverdale).
BLU-RAY & DVD FEATURES
15 ONE-HOUR EPISODES
DIGITAL
DC’s Legends of Tomorrow: The Complete Sixth Season is available to own on Digital. Digital purchase allows consumers to instantly stream and download all episodes to watch anywhere and anytime on their favorite devices. Digital movies and TV shows are available from various digital retailers including Amazon Video, iTunes, Google Play, Vudu and others.
BASICS
Street Date: November 9, 2021
Order Due Date: September 28, 2021
BD and DVD Presented in 16x9 widescreen format
Running Time: Feature: Approx. 900 min
Enhanced Content: Approx. 70 min
DVD
Price: $24.98 SRP ($29.98 in Canada)
3-Discs (3 DVD-9s)
Audio – English (5.1)
Subtitles – English SDH
BLU-RAY
Price: $29.98 SRP ($39.99 in Canada)
3-Discs (3 BD-50s)
Audio – DTS-HD Master Audio 5.1 – English
BD Subtitles – English SDH
GenreOnline.net at 11:03 AM No comments:
Share 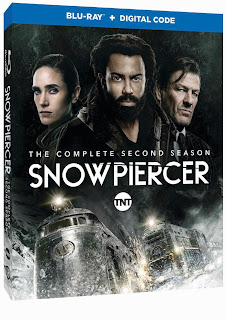 Tensions Are High As The Revolutions Continue
SNOWPIERCER:
THE COMPLETE SECOND SEASON
Coming to a Station Near You
On Blu-ray™ & DVD November 9, 2021
BURBANK, CA (August 17, 2021) - What will it take to survive? All aboard the most elite train in the world, as the epic journey continues with more secrets, plot twists, and reveals as Warner Bros Home Entertainment releases Snowpiercer: The Complete Second Season on Blu-ray and DVD on November 9, 2021. Strap yourself in for a thrilling ride with all 10 episodes from the second season, plus enjoy the captivating 21 minutes of extra features. Snowpiercer: The Complete Second Season is priced to own at $24.98 SRP for the DVD and $29.98 SRP for the Blu-ray, which includes a Digital. Snowpiercer: The Complete Second Season is also available to own on Digital via purchase from digital
At the end of season one, the survivors of the revolution are trying to pick up the pieces and maintain a fragile peace amongst the now merged classes with Layton (Daveed Diggs) emerging as the train’s leader. Discovering Mr. Wilford (Sean Bean) is alive and headed their way on a rival train, Melanie (Jennifer Connelly) risks going outside to prevent him from invading Snowpiercer. While she’s out there, it’s revealed that Alexandra (Rowan Blanchard), Melanie’s daughter, who she thought had died, is alive and has become Wilford’s dedicated protegee. In season two, an entirely new power struggle emerges, causing a dangerous rift as people are divided between their loyalty to Layton and to Mr. Wilford, who has a new train, new technology and a game plan that keeps everyone guessing. While Layton battles Wilford for the soul of Snowpiercer, Melanie leads the charge on a shocking new discovery that could change the fate of humanity.
Based on the critically acclaimed graphic novel series and the film from Academy Award®winner Bong Joon Ho (“Parasite”), “Snowpiercer” season two stars Academy Award winner Jennifer Connelly (“A Beautiful Mind”), Grammy® and Tony Award® winner Daveed Diggs (“Hamilton,” “Black-ish”) Sean Bean, Rowan Blanchard, Emmy®nominee Alison Wright (“The Americans”), Mickey Sumner (“Frances Ha,” “Battle of the Sexes”), Iddo Goldberg (“Peaky Blinders,” “The Zookeeper's Wife”), Katie McGuinness (“Dirty Filthy Love”), Tony Award winner and Grammy nominee Lena Hall (“Hedwig and the Angry Inch”), Annalise Basso (“Bedtime Stories”), Sam Otto (“Jellyfish”), Roberto Urbina (“Narcos”), Sheila Vand (“Argo”) and Steven Ogg (“The Walking Dead”.
The series is executive produced by Graeme Manson, Marty Adelstein and Becky Clements, Matthew O’Connor, Christoph Schrewe Ben Rosenblatt and Scott Derrickson, and the original film’s producers, including Bong Joon Ho, Miky Lee, Jinnie Choi, Park Chan-wook, Lee Tae-hun and Dooho Choi. The show is produced by Tomorrow Studios, along with CJ Entertainment. ITV Studios handles international distribution.
Snowpiercer has been picked up for a fourth season with season three set to premiere on TNT early next year.
DIGITAL
Snowpiercer is available to own on Digital. Digital allows consumers to instantly stream and download all episodes to watch anywhere and anytime on their favorite devices. Digital is available from various retailers including iTunes, Amazon Video, Google Play, Vudu, PlayStation, Xbox and others. A Digital Code is also included in the U.S. with the purchase of specially marked Blu-ray discs for redemption and cloud storage.
BONUS FEATURES
10 Episodes
BASICS
Street Date: November 9, 2021
Order Due Date: September 28, 2021
BD and DVD Presented in 16x9 widescreen format
Running Time: Feature: Approx. 457 min
Enhanced Content: Approx. 21 min
GenreOnline.net at 10:47 AM No comments:
Share
‹
›
Home
View web version